Microsoft has wrapped up Windows 7 SP1 RC, a detail which the Redmond company has yet to confirm or deny officially. The current build weighs in at a hefty 353 MB and is currently making its rounds on your favorite torrent site. Microsoft is expected to release a SP1 build this week at PDC 2010 on October 28th. Just with any service pack, Windows 7 SP1 will contain all previous fixes and patches rolled up into one update, as well as bug and security fixes that are still currently being tested. 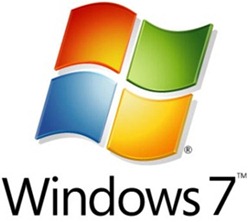